Learning calligraphy, modern or traditional, is no easy feat, and rightfully so. When it comes to calligraphy for beginners, the distinction between conventional and contemporary may not matter because there are intricate basics of calligraphy involved in each that a student has to learn to move forward.

Modern calligraphy is relatively more straightforward than traditional as the former has fewer restrictions than the latter. Nonetheless, calligraphy for beginners remains tricky across the board.

However, not all hope is lost! With the proper guidance, you can master the basics of calligraphy to begin your journey as a calligrapher. Then once you continue practicing, you can (and will) become a pro at it, whether it’s traditional or modern. 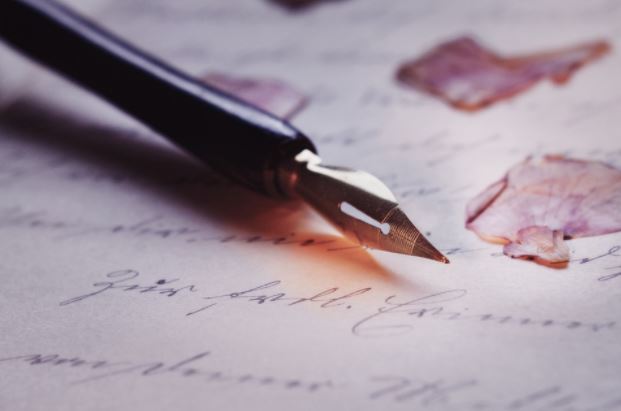 Before we discuss the technical and practical aspects of calligraphy, let’s go over the basic definition of the said art form.

Calligraphy refers to decorative handwriting or lettering done with a pen or brush. In the most basic terms, calligraphy is fancy writing carried out using a pen. But when you add different, precise tools and formats into the mix, the resulting form is traditional calligraphy.

On the other hand, modern calligraphy is a bit more freestyle in that it doesn’t necessitate the use of particular pens or brushes. Yet, visual harmony must be ensured; otherwise, the drafted text will be decorative and not qualify as calligraphy.

Put, visually harmonized and ornate lettering or handwriting done with specific tools is calligraphy. If you want to learn the said art form, you need first to acquaint yourself with the fundamental principles.

As already mentioned, calligraphic texts have to appear the same to the untrained eye. To achieve that, you must have suitable pens/tools.

Here is a list of pens suitable for modern calligraphy

As the name suggests, brush pens have a tip resembling the end of a brush, allowing the user to draw thick and thin line strokes. You get a paintbrush-like effect without having to use one instead of using a brush pen.

The holder can be of two types; straight or angled

The nib is inserted into the holder, which the user picks up for the drawing. Writing with a nib pen is tricky, especially for beginners, as you have to hold the instrument at a specific angle for the tip to form broad and thin strokes.

The pencil is the most fundamental writing or drawing instrument, not requiring any further elaboration. However, be sure to sharpen your pencil well when making modern calligraphic pieces, as it is used to do all the rough sketching in present-day calligraphy.

Markers are used to put additional effects on a calligraphy canvas. You can use this tool to enhance your art piece, from patterns to colors.

As implied by the title, broad nib pens are used to draft bold lettering.

First and foremost, arrange all your art supplies so that you have each utensil at arm’s length.

Also, don’t forget to check the nibs of every tool. Sharpen your pencil; if it isn’t, clean the writing edge of all your pens.

As already mentioned, modern calligraphy relies on rough concepts and guidelines, so before you gear up to use ink, be sure that you have a scaffolding of sorts of your final calligraphic piece to trace on.

Perhaps the most important element of every calligraphic text is consistency. Your artwork will not qualify as calligraphy if your letters are not the same in height, width, and angles. Therefore, use your tools in the same manner to write every alphabet.

Also, an essential rule of calligraphy is holding the pen at an angle, ideally 45 degrees. Don’t have your tool erect in your hand, as that will not result in a consistent piece.

On top of that, don’t overcrowd your letters in a small space. Having sufficient space between words makes for better readability.

Master Your Strokes and Lines:

There are seven strokes in modern calligraphy that you need to champion to produce incredible calligraphic text.

Lastly, as a general rule of thumb, remember that the lines going up are always thin in calligraphy, whereas those coming down are thick.

If you still feel confused about doing calligraphy after going through the tricks and tips in this article, you might want to take an online course to get a grasp of it.

And if you need help with that, reach out to us at Wevun Global and let us provide you with all the necessary details of the right course for calligraphy for beginners.