In addition to being the origin of one of the most widely spoken languages around the world, Spain is a nation with a rich history and culture that makes it the perfect destination for students looking to study abroad. Traveling to Spain and learning the language can also open the doors to additional opportunities to travel in the future. Spain is a great first stop on trips to other destinations in Europe, and learning the language will help you communicate with people from communities anywhere around the globe. 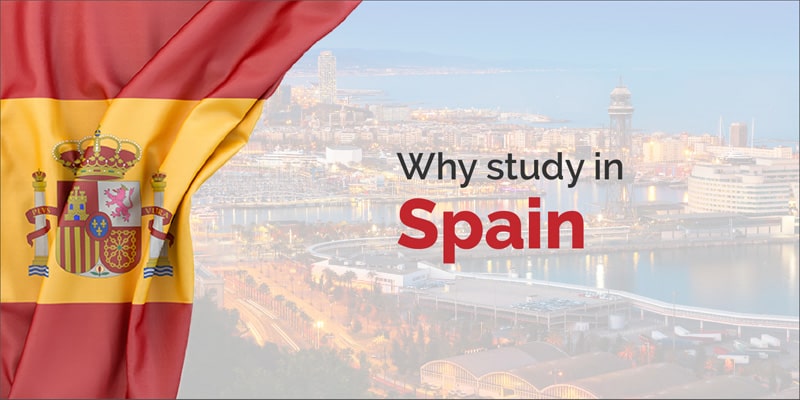 Below are the Reasons To Study Abroad in Spain

Perhaps the greatest benefit of choosing to study abroad in Spain is the opportunity to learn Spanish amongst locals. Learning Spanish with Pimsleur and other software apps is one thing, but being immersed will take your language learning to a new level. Spanish is the fourth most commonly spoken language in the world, behind only English, Mandarin Chinese, and Hindi.

Because of the large Spanish-speaking populations around the world, learning Spanish is nearly fundamental for being able to communicate in diverse communities wherever you decide to travel. Further, because Spanish is a romance language, you will more easily be able to communicate with speakers of Italian and French — some say that Spanish speakers are even able to carry out full conversations with Italian speakers, even if they did not have any prior knowledge of Italian.

Another benefit of choosing to study abroad in Spain is the access you will gain to some of the world’s most prestigious universities. Not only are the universities in Spain of the highest quality, but they also present students with the ability to meet fellow students from around the world and learn about unique cultures, historical contexts, and more.

Many of the best schools in Spain are also located in the country’s most beautiful urban centers, which are teeming with diversity and incredible food.

Spain’s unique geopolitical situation — acting as a link between Europe and Africa, and formerly the world’s largest colonial power — has given the country a wide range of cuisines in its largest cities. Foods from North Africa, the rest of Europe, and Latin America are plentiful, and provide tantalizing alternatives to delicious Spanish food.

Trying out new foods is also a great way to meet people you might not have interacted with otherwise, and can help you form lasting memories from your time abroad. You might even enjoy the food so much that you can attempt to make your own versions of your favorite dishes at home.

In addition to its diversity and variety of cultural foods, Spain is known for its incredible weather and beaches. Situated in the southwestern part of Europe and on the west coast of the Mediterranean, Spain is home to a wide range of climates to be enjoyed by students studying abroad.

Whether you prefer the sunny beaches of Alicante or the cooler temperatures of the Pyrenees Mountains near France, you will be sure to find the perfect climate for you to enjoy as much time as possible outdoors while you’re abroad.

Because Spain is known for its fantastic weather, top-notch universities, and diverse foods and cultures, it is able to attract students from all around the world. The diverse student population means that you can make friends and connections with nearly anybody. These connections can help you excel in school, discover exciting career opportunities in the future, and fully enjoy your time abroad.

A final benefit to studying abroad in Spain is the easy access to other exciting travel destinations. The rest of Europe is completely accessible by train, and countries like Morocco, Tunisia, and Algeria are merely a short boat ride or flight away across the Strait of Gibraltar.

While a good portion of your time abroad will be allocated to school, make sure you leave some time to take in the sights and broaden your horizons by visiting countries with cultures drastically different from your own.

A common idea that many study-abroad students have is to stay in hostels so that they are able to affordably travel around Europe. Restrictions resulting from the Covid-19 pandemic may limit your lodging options, but keep hostels in mind while you’re there in case you have the opportunity to take an extended trip away from your university.