Intelligence is one of the most important factors in people’s success, especially students. As a result, it is important to know how much a person is smart and how they can perform in different educational fields.

In this article, we’ll let you know the pro and cons of IQ tests for students. 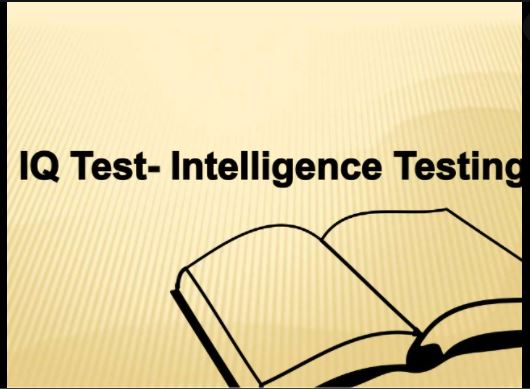 The intelligence quotient, or IQ, is a measurement of a person’s capacity to think. In other words, it’s designed to see how effectively someone can utilize reasoning and knowledge to answer questions and make predictions.

Short- and long-term memory are considered in IQ tests. These tests also assess how effectively and rapidly people can solve puzzles and retain the information they’ve heard.

It’s good to know which IQ score is considered average to be able to compare your IQ with others’:

Advantages and Disadvantages of IQ Tests for Students

Now, it’s time to know if IQ tests are required for students. Here are some pros and cons of testing their IQs:

One benefit of IQ testing in schools is that tests can help us identify brilliant individuals as early as kindergarten or pre-school.

As smart people are not usually challenged, many of them become bored at school. Schools can give these pupils more advanced material if they are identified early.

Recognizing Students Who are at Risk:

Identifying students with below-average IQs from a young age, as unpleasant as that revelation may be, may aid such individuals.

Schools can give extra teaching to a kid whose IQ score is at risk of falling behind in class, which may help that youngster succeed later in life.

Obstacles in the Way of Average Students:

The earlier the testing is done, the greater the risk of a lack of variety in the institution. Schools generally divide pupils into two or three categories that rarely mingle. This may result in a hostile climate at school.

There are concerns about the importance and accuracy of IQ testing, as well as what they assess. Some psychologists believe that there are at least seven types of intelligence, yet most IQ tests only assess verbal and mathematical abilities.

IQ tests given too early, according to some instructors, are unreliable. And there’s no denying that IQ has little to do with tenacity, perseverance, or a drive to achieve. These attributes become significantly more crucial as a kid grows older than IQ.

A great free IQ test you may take online is the Brain Metrix test. It’s a 20-question test that takes around 15 minutes to complete.

This test does not need you to provide your age or other information, making it one of the most user-friendly tests available on the internet.

This is one of the best online IQ tests available out there. It has been designed by a group of McGill University researchers and is one of the most reliable tests.

IQ Exam consists of 30 questions, and after passing the exam, you will be given a certificate indicating your results. This exam has been taken by 89,000 individuals in the United States thus far.

You can go to their website and acquire important information on the interpretation of IQ tests.

Fun Education is a fantastic online IQ test site. They say that if you pass their exam, you will receive a Ph.D. certificate.

Adults and children under the age of 17 can take two different sorts of tests on the website.

This is a verbal IQ exam with a few spatial IQ questions. These kinds of IQ tests concentrate on verbal reasoning.

You may determine whether or not these tests are of interest to you based on your personality. Some people find verbal tests to be simpler, while others dislike them.

IQ tests have some pros and cons, and this is up to parents and teachers to use the results in an appropriate way. The important matter is that you should not consider IQ results absolute. There are many skills that are not measured in IQ tests. You have to focus on them to help students recognize their abilities.